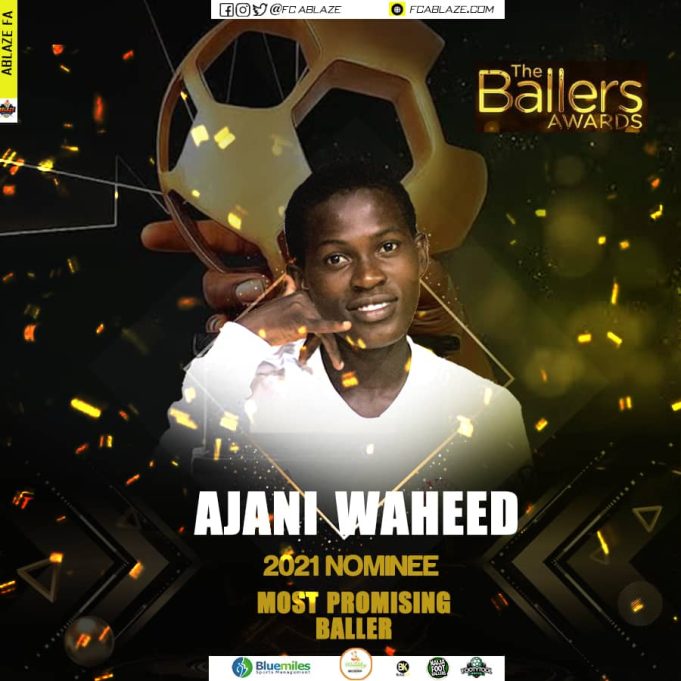 Ablaze Football Academy graduate and former captain of the U15 category of the academy bagged one of Nigeria’s biggest football Award in Nigeria Nomination as the most promising star.

The youngster who currently plays for Valiant FC in the NLO One is one of the youngest chap in the league, he has represented Lagos State at the National level.

Waheed has played the Bayern Munich Youth Cup in the year 2018, 2021 and 2022 and Currently selected amongst the talents to represent Nigeria at the Bayern World Cup 2022 in Munich by October.

With so much of consistency in his performance and commitment to the game the young right back who also has the strong ability of playing left back got nominated in one Nigeria’s biggest and most recognised award Ballers Awards.

His nomination is a source of motivation to many grassroots players out there who feels they are not been noticed for the hard work they put in the game.

The annual award is powered by Naija Footballers.