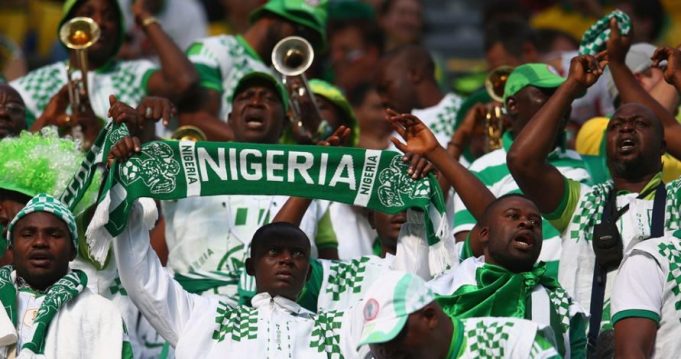 ….Forced 1-1 by Akwa in Uyo
Abia Warriors football club of Umuahia have extended their unbeaten run in the on- going Nigeria Professional Football League to four games after being forced to a 1-1 draw by home team, Akwa United in Uyo in one of the week 14 matches decided across the country today.
After initial exhange of soccer lessons by the two sides with no goals to show for it, the first half ended goalless.
When play resumed, both sides became more adventurous in search of goal but it was Abia Warriors that raised the curtains and once again, inform striker, Obi Samson stole the show.
The former Delta Stars of Asaba hitman had outrun an Akwa defender before releasing a cannon which flew into Ojo Olorunleke’s post in the 75 the minute as he scored his fifth league goal in Warriors’ last four matches.
However, the home team, who are also representing Nigeria in this year’s CAF Confederations Cup, fought back gallantly and were back on level terms seven minutes to full time when Christian Pyagbara capitalised on the indecision of Abia Warriors defenders to equalise through a diving header which gave Uche Okafor, in goal for the  Warriors no chance.
The capacity crowd at the architecturally designed Godswill Akpabio International Stadium yelled for more as they cheered their boys to a deafening level but it was Abia Warriors who had the opportunity to win it in the injury time when Cyril Idemokon, effective all day, out smarted his markers with sheer power and artistry and went clear but he surprisingly ballooned the ball over the bar instead of squaring to waiting substitute,Nwuju Stanley to tap home.
It was not long that the centre referee blew off the game as Abia Warriors picked another point on the road to remain sixth on the 20-team table with 19 points from 14 games.
Addressing newsmen after the game, Akwa United’s Chief Coach, Aliyu Zubairu expressed disappointment that they could not grab maximum points at home but assured their supporters that they will get it right in subsequent matches.
His Abia Warriors counterpart, Emmanuel Deutcsh said he wanted to make it a memorable return to Uyo by winning the match but lamented the late equaliser which denied them of all the three points.
The Camerounian born gaffer who handled Akwa United as their Technical Adviser between 2006 and 2008, however said it was not easy holding Akwa in Uyo considering their pedigree and commended his boys for their resilience.
Abia Warriors next game is against leaders, Lobi Stars of Makurdi at the Umuahia Township Stadium on Sunday.

Wenger to replace Emery at PSG

CAFCL: I promised my wife that i will Score, Kehinde Adedipe Reveals as Rivers...