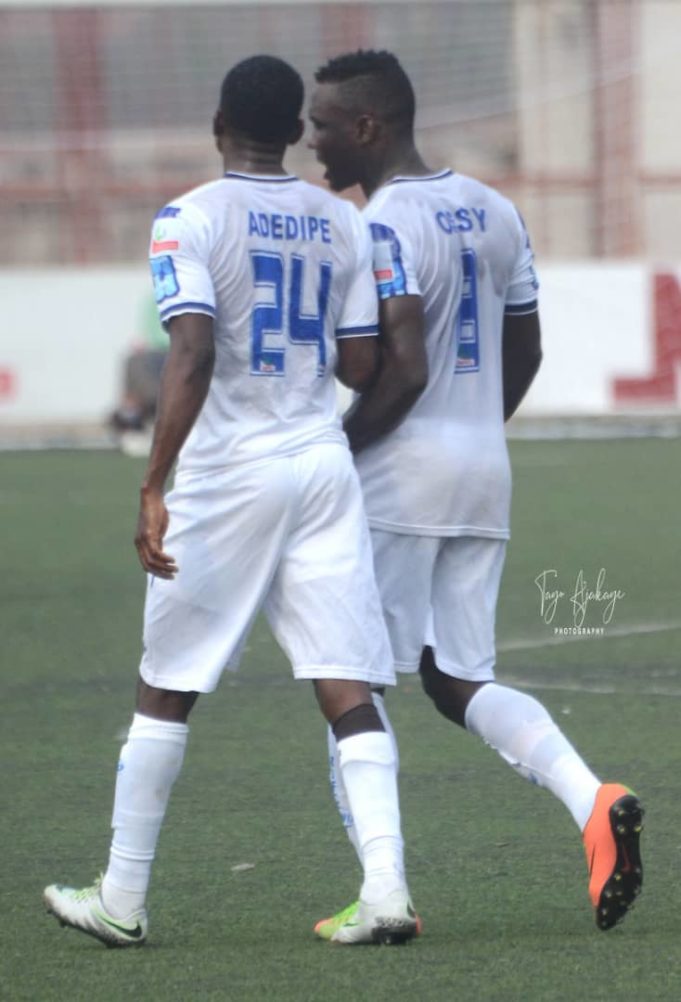 Fortune Omoniwari was Rivers United’s match winner for a second game running as the Stanley Eguma tutored side claimed a hard-fought 1-0 away victory over Abia Warriors at the Enyimba Stadium to go top of the NPFL log.

The energetic forward, who scored the decisive goal against Rangers FC last Wednesday, fired the ball beyond Ojo Olorunleke after Stephen Gopey had found him free inside the goal area.

Rivers United could have doubled their lead shortly after but Lookman Binayo drove a shot straight at the Warriors keeper.

Abia Warriors had a few half-chances but failed to get level before the break with the best chance off Nzube Anaezemba.

Abia Warriors came out strongly after the break and went close with efforts from Samson Paul as well as Arit Archibong but United had goalkeeper Abiodun Akande and the woodwork to thank.

Imama Amakapabo’s men almost got an equaliser when Chukwuemeka Obioma failed to connect a near perfect cross from Samson Paul but the three points went to Rivers United who had to play the last 17 minutes with ten men after Nelson Esor received a second yellow card for a poorly-timed tackle.

Rivers United now have six points out of a possible six but were made to work for their victory over an Abia Warriors side who caused them plenty of problems.