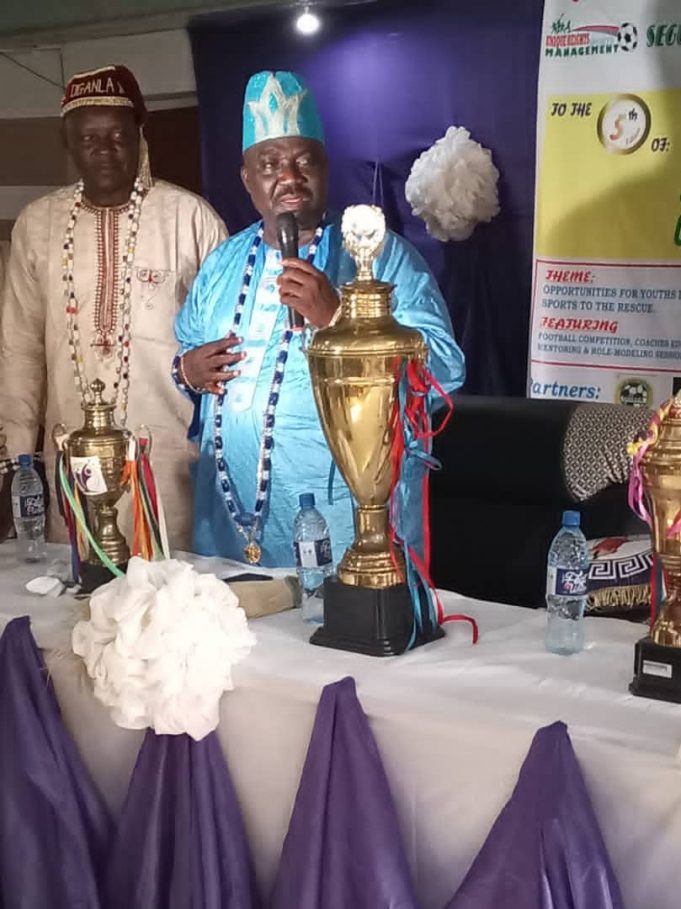 Organizers of the prestigious fast rising Waasinmi summer soccer Championship have concluded plans to host the fifth edition of the event at in five different venues in Waasinmi, Ewekoro Local government area of the state.

The organizers have also scheduled the kick off date for July 28 and will run through August 15, 2021.

At a press conference held at the palace of the traditional ruler in Waasinmi Community, the Oniwaasimi of Waasinmi Oba Dr. Emmanuel Babatunde Osuntogun to herald the 5th edition of the event, the convener of the youth development programme, Coach Victor Agbagu noted that registration is still in progress and confirmed that there are six categories to be competed for, the Under 10, under 13, under 15, under 17 free age and then the female category.

Coach Victor Agbagu said ” This is an annual event brought about by the interest we have seeing children on the streets of Waasinmi, in Ewekoro Local government and in Ogun State at Large playing football and then we started looking for platforms where we can showcase them”

“And since then, we thank God that it has grown from strength to strength, this is the fifth edition. In 2017 we had just three categories, now we have six and we are even looking forward to making it better”.

The organizers, Unique Sports Management Nigeria Limited in conjunction with Segun Odegbami International College and Sports Academy through the Local organizing committee made it known that measures have been put in place to ensure an hitch free tournament before, during and after the event.

The Oniwaasimi of Waasinmi Oba Dr. Emmanuel Babatunde Osuntogun in his remarks assured that Waasinmi is ready to host the close to One thousand people or more that will storm the city and assured of necessary Support.

The monarch expressed satisfaction, he gave kudos to the organizers, Unique Heights Sports Management Nigeria Limited under the Leadership of coach Victor Agbagu.

The traditional ruler said “Let me cease this opportunity to congratulate and appreciate coach Victor Agbagu for sustaining this initiative, it has been a long way coming and as the leader of this Community, I’m proud and very elated, I want to assure everyone coming around for the tournament that Waasinmi is very safe and we are looking forward to hosting everyone”.

Also present at the press conference were the representatives of the coaches and referees council, strategic chiefs of Waasinmi, other sports enthusiasts among others.