A total of 23 young boxers were adjudged as
fit to join the professional ranks by selectors
at the GOtv Boxing NextGen Search 3, which
ended in Ibadan on Saturday. At the closing
ceremony held at July 21 Hall, Ring Road,
Ibadan, the young boxers were unveiled, with
Ramon Razak, who came from Abuja, named
the most valuable boxer.
All the boxers selected will have their
professional licences paid for by Mr.
Adewunmi Ogunsanya (SAN), Chairman,
MultiChoice Nigeria, and Chairman, GOtv
Boxing. Ogunsanya will also pay for
comprehensive medical tests for each of the
selected boxers.
Furthermore, the GOtv Boxing Chairman
directed that the Oyo State Boxing Association
be given a cash support of N100, 000, with the
coaches’ association in the state getting a
cash support of N50,000. Each of the best
three boxers at the event, which began on
Thursday, was given a GOtv decoder. The
event was attended by over 200 boxers from
across the country.
In attendance at the closing ceremony were
Dr. Rafiu Ladipo and Mr. Remi Aboderin,
President and General Secretary respectively
of the Nigerian Boxing Board of Control; Mr.
Lateef Opaleye, Chairman, Oyo State Boxing
Association and Mr. Toye Arulogun; Oyo State
Commissioner for Information and Strategy
The judges’ panel at the programme included
coaches Joe Mensah, Obisia Nwakpa and Jerry
Okorodudu. 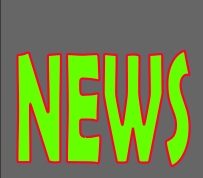