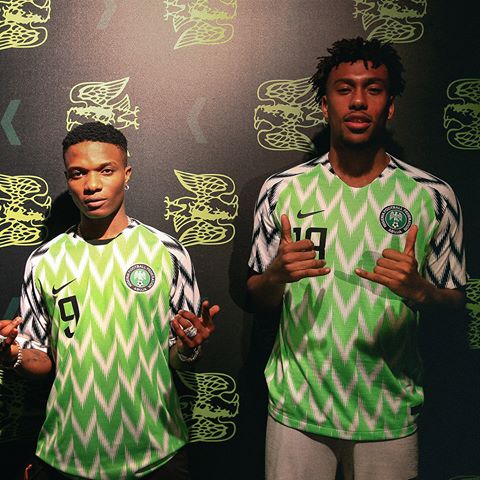 Nigeria made history in 1994 as the Super Eagles qualified for her first World Cup finals in the United States with promising crop of players.

The present calibre of players in the team that made it through to the Russia 2018 edition were not even born when the former African Champions qualified for their first World Cup.

A Swiss-based independent study centre called CIES Football Observatory, conducted a study to find out which team played the qualifiers with the youngest and oldest players.

The study revealed that Super Eagles team were the youngest squad with an average age 24.9 years that participated in the round-rubbing stage enroute to Russia.

The outcome of the research also revealed the ideology behind Gernot Rohr’s success as coach was because he injected young players into the national team.

The German technical adviser with the Nigeria Football Federation boss Amaju Pinnick convinced a couple of players switch allegiance to Nigeria which paid off at the long run and earned the coach an additional two year contract.

A player who had a fantastic qualification campaign with the Super Eagles was given birth exactly a year after the World Cup finals on July 12th, 1995.

The Gent winger has been a hand full for defenders also scoring a goal against Cameroon in Yaounde and most especially keeping Leicester City forward Ahmed Musa on the bench all through the qualifiers.

Born on October 22nd, 1996, the high flying Leicester City striker is one of the revelations of Gernot Rohr’s successful managerial campaign with the national team.

Iheanacho has been in wonderful scoring form since making his debut with the senior squad and has been tipped as one of the stars to shine like the heroes of the 94’ world Cup.

The Chelsea academy graduate is currently counting his lucky stars after pledging his allegiance to his ancestral home which has paid dividend as the 21-year-old and will probably make the party to Russia in the summer.

The former England U-17, U-18, U-19 and U-20 international has proven to be a good replacement for Elderson Echiejile in the back line and the Hull City loanee has posted impressive performances in all three games played for the Super Eagles. Aina was born on October 8, 1996.

Alex Iwobi was not on earth when his uncle Austin Okocha mesmerized the Italians at the USA 94’ edition but he will be a key member in the team that will fly Nigeria’s flag in Group D at Russia 2018.

The Arsenal midfielder’s goal against Zambia ensured Nigeria’s sixth qualification for the World Cup and with a fabulous goal against Argentina, the 21-year-old is no doubt he would be a key factor in Nigeria’s progression at the forth coming world showpiece. He was born May 3, 1996

Ndidi’s rise to becoming a top player for both club and country did not come as a surprise because his growing profile in the English Premier League has earned him a guaranteed starting XI place in Rohr’s team.

At 21, the future is bright for the youngster who made his mark for Genk in Belgium and the former Flying Eagles player has been compared to N’Golo Kante of Chelsea with similar style of play. He was born on December 16, 1996.

Born to a Nigerian father and Dutch mother, the ADO Den Haag defender made his debut for the Green and White in the 3-0 victory over Togo in June 2017 and has had his fair share of invites from coach Rohr.

The 22-year-old will be hoping his dreams come true if he makes the final cut to the soccer fiesta in mid-year. He was born on December 16, 1995

The Deportivo La Caruna goalkeeper had his breakthrough in 2017 for club and country and made his full international debut in the unforgettable 4-2 win against Argentina.

The 19-year-old could be one of the surprise inclusion into the 23-man squad that will make it to the World Cup at the expense of wobbly Daniel Akpeyi. He was born on October 28, 1998.

Currently sidelined with injury, the 22-year-old striker on loan to Anderletch still looks good to make it to the World Cup.

The former Eupen striker turned down the offer to play alongside Neymar, Mbappe and the likes in Paris Saint Germain to join Everton in England which he expressed was a better chance for him to develop as a young player. He was born on June 5, 1997.

Chigozie Awaziem has established himself as a formidable replacement for the oyinbo wall in the central defensive role for the Super Eagles.

The 21-year-old defender is currently on loan with French club Nantes and has made a name for himself in the national team. With all things being equal he will join the party to the World Cup. He was born on January 1, 1997.

A player who developed through the ranks playing for the national U-20, U-23 and now the mainstream of the Super Eagles has become a local favourite in the colors of Nigeria.

The Ex-Warri Wolves goal-getter has been converted from a striking position into a deeper role in midfield by the German coach but the 22-year-old has not failed to deliver when called upon. He was born on November 9, 1995. 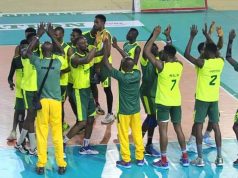 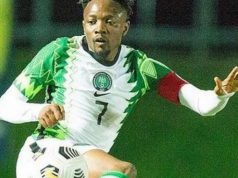 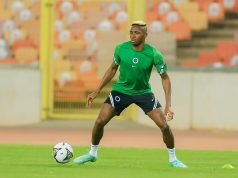