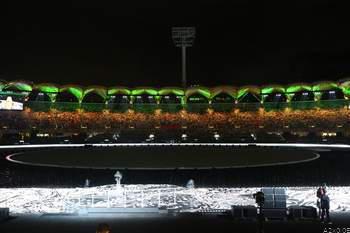 Arsenal boss Arsene Wenger said Thursday he is “confident” midfielder Jack Wilshere will sign a new contract at the Premier League club despite a delay in putting pen to paper.

Wilshere’s current deal runs out in the summer and, despite an offer being on the table, the 26-year-old is yet to agree terms.

“I cannot give you any news,” Wenger said at his pre-match press conference. “I don’t know really what is in his mind.

“He has not signed, he has an offer and we want him to stay. The offer is a long-term contract and I hope at some stage he will sign it. I am always confident.

“As a club you want the players to stay and be paid well and I think everyone would agree we pay our players very well.”

Wenger has also played down speculation over his future at the Emirates Stadium amid reports linking Patrick Vieira with the manager’s job.

“My personal situation is not so much my worry at the moment,” said Wenger. “My worry is to transform the season into a success.”

When asked if he will make his own mind up on his future, Wenger added: “That doesn’t really matter.”

Wenger also revealed Henrikh Mkhitaryan could return for the first leg of the Europa League semi-final against Atletico Madrid next week.

Mkhitaryan was expected to be out for a while with a knee injury but Wenger said the midfielder was on the road to recovery.

“Mkhitaryan is running again, he has to progress in the next three or four days,” said Wenger. “Possibly (fit for) Thursday, that is the earliest.”

Arsenal, who are 14 points adrift of fourth-placed Tottenham in the Premier League, face West Ham at home on Sunday.

Wenger added: “For us it (the Europa League) is the biggest priority now. This weekend is preparation for Thursday. I rested most players after the (CSKA) Moscow game and they will need a game.”