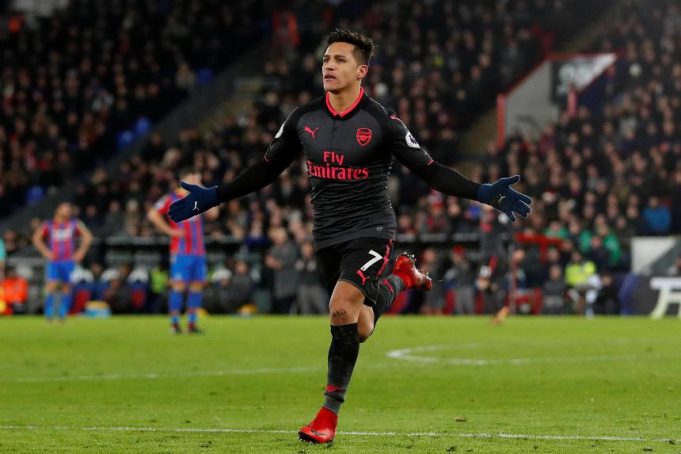 Arsenal manager Arsene Wenger has revealed that Chilean winger Alexis Sanchez is very close to moving to Manchester United, with Henrikh Mkhitaryan to join the Gunners as part of a straight exchange deal.
Sanchez has been rumoured to be close to joining United for some time and Wenger confirmed the development today at a press conference. When asked about Alexis & Manchester United, he said, “That’s a story well documented.. I don’t have much to add.. It’s in an advanced stage. If it hasn’t happened (Alexis) will play on Saturday.. It’s likely to happen at any moment.. these things are never guaranteed.”
He went on to add that Mkhitaryan is also set to move the other way – “The wages (for Mkhitaryan) would not be a problem. This would be an exchange of players and I think one would replace the other. Are we still in the transfer market after that, yes…”
“We played against him (Mkhitaryan) many times at Dortmund. He appreciates the way we play games & the way we play football… wages would not be a problem,” Wenger added before commenting on the wages Alexis Sanchez is set to receive at United. “I respect MUFC because they generate the resources they pay to their players themselves.”
He also confirmed that Mesut Ozil will not leave the club in January.