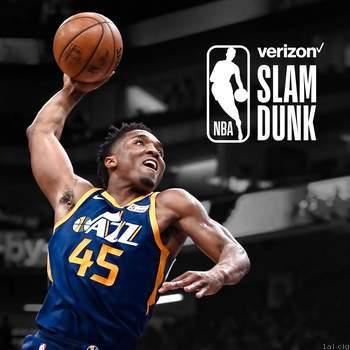 With the Orlando Magic’s Aaron Gordon opting out due to injury, Utah Jazz rookie Donovan Mitchell will participate in the Slam Dunk Contest after all.
We were all disappointed by the news that Donovan Mitchell wouldn’t be participating in this year’s Slam Dunk Contest during NBA All-Star Weekend. However, it now appears as though Mitchell will be allowed to throw down after all.
Following reports that the Orlando Magic’s Aaron Gordon was withdrawing from the event, ESPN’s Adrian Wojnarowski broke the story that Mitchell would be his replacement. The star rookie confirmed his participation during Jazz shootaround on Monday. An official announcement was made shortly thereafter.
Gordon had participated in the Dunk Contest the past two years. In the end, though, he elected to bypass this year’s event due to a strained left hip flexor.
Despite the Magic big man’s absence, Mitchell joins what should nonetheless be a strong field of Slam Dunk contestants. The Indiana Pacers’ Victor Oladipo, Larry Nance Jr. of the Los Angeles Lakers and Dallas Mavericks’ rookie Dennis Smith Jr. will vie with the former No.13 overall pick for the 2018 Dunk Contest crown. 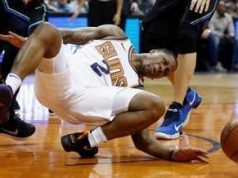