Cameroon scored a 3-1 friendly international victory in Kuwait on Sunday as they began life after the dumping of Africa Cup of Nations-winning coach Hugo Broos.

A brace from Christian Bassogog after Vincent Aboubakar had opened the scoring in Kuwait City put the ‘Indomitable Lions’ in control before Yaqoub al Tararwa got a consolation goal.

Belgian Broos had a dramatic impact on Cameroon, guiding them to an unlikely 2017 Cup of Nations title in Gabon not long after taking over.

He achieved success without a number of Europe-based stars, including Liverpool defender Joel Matip, who preferred to concentrate on their club careers.

But Cameroon flopped at the Confederations Cup in Russia — a dress rehearsal for the World Cup — taking only one point from a possible nine.

And a 4-0 drubbing by Nigeria in a World Cup qualifier effectively spelt the end of the Broos era with the Belgian since relocating to his homeland.

Alexandre Belinga has been put in charge of 2019 Cup of Nations hosts Cameroon until a permanent head coach is chosen.

Gabon finished third in a four-nation Bangkok tournament by edging the United Arab Emirates 1-0 through an early Levy Madinda goal.

Prince Oniangue and Thievy Bifouma scored to give Congo Brazzaville a 2-0 win over Guinea-Bissau in Mantes-la-Ville near Paris. 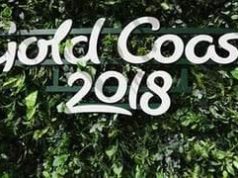