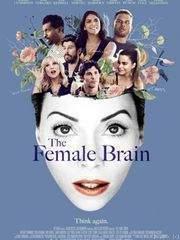 New basketball team, new film career. Blake Griffin’s 2018 just keeps getting busier.
The five-time All Star, who was traded to the Detroit Pistons in January, makes his movie debut Friday in “The Female Brain.” It is being released on video on demand by IFC Films.
The former Los Angeles Clipper has done cameos for TV series and been in several high-profile ads. But in this romantic comedy, he is part of an all-star ensemble cast that includes Sofia Vergara (ABC’s “Modern Family”), Cecily Strong (NBC’s “Saturday Night Live”), Beanie Feldstein (“Lady Bird”), Deon Cole (ABC’s “Black-ish”), James Marsden (NBC’s “30 Rock”) and comedian Whitney Cummings, who directed the project.
Griffin plays an injured athlete whose down time puts stress on his newlywed marriage to Strong. A 2017 film festival review by The Hollywood Reporter gave Griffin kudos for his “comic chops.”
His timing is sharp in several scenes in the movie’s trailer, including one where he’s trying to impress Strong during a meal. “I’m a physical marvel. Try me. Throw something at me,” he says. When Strong lobs a spoonful of jelly that lands on his sweater, Griffin’s response is: “OK, so I wasn’t ready for that?”
Griffin is later vindicated by catching a plastic bag with two peppers inside, which he compares to “catching nunchaku.”