The legend that is Roger Federer shows no signs of abating, even at the age of 36 The Swiss superstar won his 20th Grand Slam title on Sunday by outlasting Marin Cilic 6-2, 6-7, 6-3, 3-6, 6-1 and added a seventh Australian Open title to his burgeoning showcase.
Federer’s Croatian opponent did put up a fight during the match, stretching him to five sets but the genius kicked on a gear in the final set, coasting through 6-1 to emphatically seal the result and a small piece of history along with it, something which he has made a habit of.
Federer had reached the summit clash without dropping a set but a determined Cilic made him work for the win, which came in three hours and three minutes.
Cilic could win only eight games when the pair met in last year’s Wimbledon final, after which he broke down in tears. He did superbly to put up a fight on Sunday but given the class of the man standing opposite him, Cilic can hold his head high.
Federer, meanwhile, has left fans wondering how far the man can go if he is scything through Grand Slams at will at the age of 36. Take a bow, Roger. 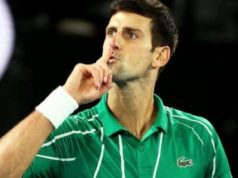 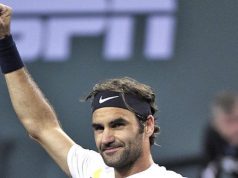